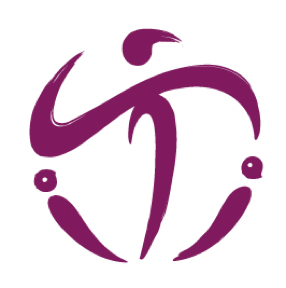 ITI is happy to announce that the 34th ITI World Congress will take place in Yerevan, Armenia from the 17th to the 22nd November, 2014.
More information about registration, programme, etc. will be sent to you in early 2014.
Contact and information: Charlene Lim, charlene.lim@iti-worldwide.org

ITI Honorary President Radu Beligan celebrates his 95th anniversary and a record
On 14th December 2013, the Honorary President of ITI, Radu Beligan, Bucharest/Romania celebrated his 95th anniversary. Radu Beligan, a legend in his country, is well known to ITI as a president and then honorary president of ITI.
Radu Beligan performed in a new theater play at the Metropolis Theatre in Bucharest on his birthday. The following day, after performing in another play at the National Theatre, he was given the world record Award for the oldest actor on stage – according to the Guiness World Record Academy. Beligan has been performing for the last 70 years, having played famous parts in both Romanian and international plays. Beligan has been active in theatre, film, TV and radio and is also a theatre director.
Beligan was born in Galbeni village, Bacău County, Romania to a Romanian father and a Greek mother. Radu Beligan has receive d numerous accolades including the Ordre National de la Legion d’Honneur from the President of France for his acting and the National Star from the Romanian President.
ITI congratulates Radu Beligan and wishes him a continuous success on stage and in life.
If you would like to contact him you can write to his assistant Mona Radou: monaradou@gmail.com

Music Theatre Committee – Laura Berman will be the director for opera at the prestigious Basel Theatre (Basel/Switzerland), beginning with the season 2015/2016. Andreas Beck, appointed director of the Basel Theatre states that Laura Berman, a student of the great Götz Friedrich, is very well acquainted with electronic music and the visual arts. Due to her long term experience she will be able to show to the Basel public long forgotten works of the history of Opera, as well as modern performances. She also plans to give place to composition mandates. ITI congratulates Laura Berman on the new position. (Laura Berman was president of the MTC and is currently on the board of MTC and has been an essential force behind the Music Theatre NOW competition).

Forum of Contemporary Drama, May 2014, Greece
The Forum of Contemporary Drama is one of the Hellenic Centre of ITI’s most important projects. It is a two-day presentation of staged readings of noteworthy plays from all over the world which have not yet been performed in Greece and is addressed to theatre professionals and anyone with a general interest in theatre.
The Hellenic Centre of ITI is now asking for ITI members to suggest up to four plays from their countries, with this year’s focus on Balkan Dramaturgy. The plays should be written and/or translated in English or French. 20 to 30 minutes long excerpts will be presented at the French Institute of Athens in May, 2014.
Deadline: January 17th, 2014
For more criteria and information: http://www.hellastheatre.gr/en
Contact: office@hellastheatre.gr

Be Festival, 8-12 July 2014, Birmingham, UK
Every summer, BE FESTIVAL brings together the most daring and original theatre from across Europe. The festival’s mission is to cross borders, so they look for work that can inspire people of all nationalities, and which crosses borders between artistic disciplines.
Companies will be provided with accommodation, meals, transport in Birmingham, and will get access to world-class workshops, feedback, discussions and opportunities for professional development.
To be considered, please send a video of your work in rehearsal or performance (as a link) and a fully-completed application form.
Deadline for applications: 17th January 2013
Information, contact and application form: www.befestival.org

“Shared Space: Spatial Curation”, Prague Quadrennial 2015 Symposium, April 2-4, 2014, Prague, Czech Republic
Prague Quadrennial of Performance Design and Space announces a call for proposals for a large gathering of artists and experts that is open to both people directly connected to the PQ 2015 event as well as to other scenographers, theorists and curators.
This symposium aims to explore curation of scenography exhibitions and scenography events – their systems, processes, problems, and concepts. Deadline for summation of applications and registration of participation is January 31, 2014. You will be notified by February 15, 2014. Please send your proposal through our registration form at www.pq.cz. The proposal should include a max. 300 word abstract and a short bio. Practitioners should also include (max.) 2 images of their work, if applicable.
For fu rther in formation and queries please contact Alice Doleželová, PQ Chief Coordinator, alice.dolezelova@pq.cz ,+420 224 809 102.

Saint Muse XI International Festival, 12-16 May 2014, Ulaanbaatar, Mongolia
Call for Monodrama plays for the Saint Muse festival organized by the Mongolian Centre of ITI.
The team of participating artists should consist of 2-4 people. The organizing committee will be responsible for the expenses for lodging, meals and in-city travel. The cost for round-trip travel costs should be covered by the participant him/herself.
Application form: http://share.gogo.mn/kIT8SKBHo644221387258615/Application.doc
Contact and information: 976-9912 5576, saintmuse_academy@yahoo.com; sanya_sb@yahoo.com

Summerworks Festival, 7-17 August 2014, Toronto, Canada
SummerWorks is currently calling for applications for the 2014 Mainstage Series. SummerWorks supports work that has a clear artistic vision and encourages risk, innovation, complexity of thought and formal exploration while insisting on integrity and professionalism. Intrigued? http://summerworks.ca/2013/2014-mainstage-series-applications-now-open/

Femmes en Scènes, 15-22 November 2013 (past event)
The Danish choreographer and performer Helle Fuglsang was invited to Côte D’Ivoire together with the director of the Danish ITI’s center Susanne Danig to participate in the platform Femmes en Scène. Femmes en Scène is an educational platform for African women held every second year for a month. This year was the fifth edition. The platform was created by BAC and the ITI center of Côte d’Ivoire to strengthen the voice of women in African performing arts, and has become an essential platform for the French-speaking part of Africa to exchange, development and education. And it has led to larger degree of collaboration between the women and has given them a better position within the performing arts.
Each edition includes workshops for actors, directors, set designers, light/sound and dramatic writing. The plays written from the workshops hav e both b een published and staged.
Susanne Danig filmed some of the work taking place in Côte d’Ivoire: http://www.danskiti.dk/femmes-en-scene-13/
Contact and more information about the project: Ablas Ouedraogo, ITI Centre of Côte d’Ivoire, oablas@yahoo.fr

February 2014, 3rd Fanatika Theatre Documentary Festival, Ahmedabad, India
The Fanatika International Documentary Festival is perhaps the first of its kind, completely dedicated to theatre, with 5 objectives: Explore the interdisciplinarity of theatre, Generate an intercultural dialogue, Encourage the Documentation of vanishing performing arts, Accessibility and Sharing of knowledge, Creation of a bank of resources.
Contact and information: +91 9723452425, fanatikatheatreclub@gmail.com, Chintan@transindusfoundation.org
www.facebook.com/fanatikatheatreclub

International Festival Forum (IFF) has a Facebook page that you are welcome to visit and like: https://www.facebook.com/IFFcommittee?fref=ts
The committee collected various videos of theatre practitioners, and they would be happy to receive more. For more information on this project, please contact Susanne Danig: Susanne@danskiti.dk

Taiwo Afolabi (Nigerian Centre of ITI) has conducted a research on “Theatre for Young Audience as a Tool for Social Engagement in Denmark: an Evaluation of some selected Danish Theatre Companies”.
Here is the link: http://www.danskiti.dk/wp-content/uploads/Theatre-Emissary-International-Denmark-Research-Report.pdf
Contact: Taiwo Afolabi, taiwoafolabi4@gmail.com