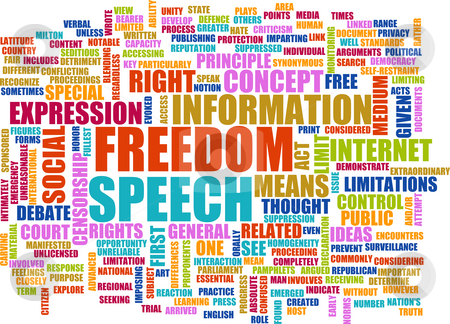 “Censors of Creativity” Study on censorship in Egypt today

AFTE – The Association of Freedom of Thought and Expression and Freemuse have published a study on censorship of artistic expression in Egypt. “Egypt has developed a non-transparent, expensive, bureaucratic labyrinth of censorship mechanisms, which is highly damaging for artistic creativity,” says Ole Reitov, Freemuse Executive Director. The legal study forms the background to the AFTE-Freemuse submission to United Nations Universal Periodic Review in March 2014. The Egyptian government will be reviewed in Geneva in October 2014. Both documents ara available in Eglish and Arabic at artsfreedom.org. The 84-pages stu dy has only an Arabic summary.

The Commission proposes 7 points: (1) Reducing the deadline from 15 to 10 days for processing and taking a decision; (2) Making it possible to lodge visa applications in other EU countries consulates if the Member State competent for processing the visa application is neither present nor represented;(3) Substantial facilitations for regular travellers including mandatory issuing of multiple entry visas valid for three years;(4) Simplified application form and allowing for online applications (5) Possibility for Member States to devise special schemes granting visas at the borders for up to 15 days in one Schengen State; (6) Possibility for Member States to facilitate the issuing of visa for visitors attending major events; (7) A new type of visa (Touring-visa) allowing legitimate traveller s to circulate in the Schengen area for up to 1 year (without staying in one Member State for more than 90 days in any 180-day period).

The proposals must now be approved by the Council of the European Union and the European Parliament, which can be expected at the earliest in 2015. Once the proposals enter into force, the changes will apply to all EU Member States applying the common Schengen visa policy in full as well as the four Schengen associated States (Iceland, Liechtenstein, Norway and Switzerland). Bulgaria, Croatia, Ireland, Cyprus, Romania and the UK do not take part in the visa policy.

A model questionnaire for submitting complaints to the Special Rapporteur in the field of cultural rights is now available in English, French and Spanish. The UNHR website gives a detailed description how to submit informations and complaints from individuals or groups. The Special Rapporteur is also open to receiving communications under any format. Annexes such as pictures and copies of documents, etc., can also be included.

Ukraine: Don’t give in. Resist the lies. Anti-war statement by Russian intellectuals

Russian journalists, publishers, theatre artists, scientists and other intellectuals have formed an action alliance against the current Russian policy against the Ukraine. On 19 March in Moscow the alliance organized a congress “Against war. Against Russia’s self- isolation. Against restoration of totalitarianism.” The Russian PEN centre has collected more than 4.000 supporters of the following statement, published by Novaya Gazata on 13 March (English translation Irina Bondas):

“Don’t give in. Resist the lies.
Anti-war statement by Russian intellectuals

Not for the first time in Russian history are people who oppose the state’s aggressive imperialistic politics being denounced as defeatists and enemies of the people. Not for the first time is devoted subservience valued more than civic engagement. The events in the Crimea are rapidly unfolding and will end, if not in bloodshed, then at least in disgrace for Russia and catastrophe for two countries. The hope that these developments can be stopped with reasonable arguments is dwindling day by day. It is therefore all the more shameful to stay silent and stand aside passively now. We do not claim to be ‘important figures’ in culture or academia, but simply as Russian intellectuals working in many different areas, we state:

We are against the invasion of another state’s territory.

We are against war with the Ukraine and hostility towards the global community.

We stand in solidarity with everyone who is not giving in and is resisting the lies.”

Tip of the iceberg: Freemuse’s worldwide statistic on violations on artistic freedom of expression in 2013

The compilation presents a glimpse of repression of artistic freedom worldwide in 2013 and includes cases from 48 countries across the fields of dance, film, music, theatre, visual arts and literature (journalists not included) as they were documented on artsfreedom.org.