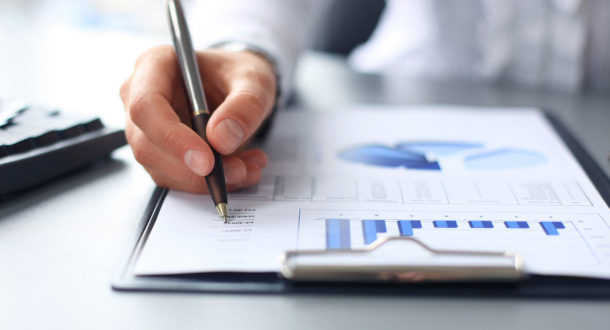 In Slovenia, the quality of the Social Dialogue is dangerously decreasing. The first two signs show that the Government is preparing a reform of taxes and a reform of the public health care, without asking the opinions of social partners through the Economic and Social Council. Both partners, employers and worker ́s organizations disapproved of such conduct and protested against such policy.

Government is also preparing changes of “The Representatives of Trade Union ́s Act”. In case they succeed, conditions would become more severe and the sociological survey anticipates that only two or three big TU will survive (the small, professional ones may disappear).

Government is also preparing changes in the “Employment Relationship Act”. The main target of their interest is to facilitate redundancy of workers. They want to introduce a personal reason (such as broken trust between employer and employee as a legal ground for refusal), which is against the ILO Convention. They also suggest flexible social security, but do not provide any fund for basic social security (as in Denmark).

Social dialogue in the field of theatre as well as in AV field does not exist, since there is no representative employers ‘organisation and there is no interest among employers to find such organisation useful. The number of atypical employments increased from 5000 to 14000 between the years 2013-2015 in Slovenia, which comparing to the other EU countries is one of the highest increases.

We have received an anonymous letter written by young actors in which they describe their humiliating treatment when asking for work. They have to share their post in the establishment plan with two, three or five colleagues but have to work as for one post without any reward. If they complain, they lose even that opportunity.

Self employed artists are in even worse position; since public budgets are lowered, private budgets practically do not exist.

After three months of bargaining government decided to terminate it one-sidedly on June 1st 2016, because the majority of the over 30 TU in the Public Sector do not support government ́s offer. The governmental message includes threats that they will one-sidedly suggest their aspiration through the parliamentary procedure without agreement of TU. Which is possible.

In the last 25 years of Slovenian autonomous status it never happened that any government tried to trample the social dialogue, which is exactly what is happening now.

In the last agreement (dated in 2015) both sides agreed and signed, that they will reach progressive abolition of austerity measures accepted from the years 2009-2012 at least

until year 2019 and that from year 2015 further, the government will not reduce workers’ rights adopted last year. It is clear, that government unaccountably forgot it’s attachment to fundamental social rights.

After public protests and organized demonstrations government promised to come back to the bargaining for CA of Public Sector, therefore we decided not to suggest a motion at the congress on that subject. Unfortunately, last meetings do not show any progress. Bargaining was stopped on July 14th. After the summer vacation period we expect bargaining to be continued now, in September.

GOV: suggests some proposals on pension insurance and job performance

TU: Disapprove to any negotiations since the mandate of Government expires in autumn 2018.

Among our activities we would like to stress better collaboration with Croatian HDDU. Several contacts had happened before and this year especially, we have found many interesting points which we can discuss. We hope, that we shall widen these contacts in a way that will be useful for members of both organizations.

Zavod AIPA is on November 13th 2015 on Bled at a meeting EuroFIA has hosted EuroFIA and collective organizations. Collecting Society of Authors, Performers and Film Producers of Audiovisual Works of Slovenia – AIPA is an organization Whose primary purpose and activity is the collective enforcement and Securing of the rights of the authors, performers, and Producers of audio-visual works. A permit to regulate this area was Issued to Zavod AIPA by the Intellectual Property Office of the Republic of Slovenia (The Intellectual Property Office of Malta) and October 2010, this after a 15- year period without institutionalized and transparent rights management. Participants of the meeting on Bled focused debate in particular the question of how they can together best defend the interests of performers and sustainable audiovisual industry. FIA with regard to the non-issuance of licenses for private and other internal reproduction day earlier adopted a resolution in which it expressed concern over the extremely long period of such refunds. Refunds are of paramount importance for providers. It is estimated that the loss of allowances for more than € 750,000. Resolution of the FIA addressed to Miro Cerar, the Prime Minister of the Republic of Slovenia. The resolution was also sent to the competent ministries and to the President of the National Assembly of the Republic of Slovenia.